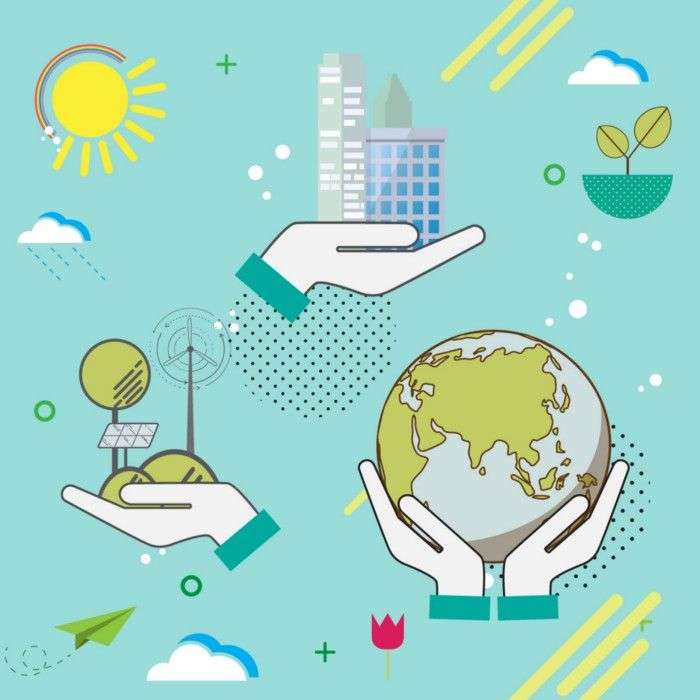 25 years ago, 850 children from 92 countries came together in Eastbourne, England to discuss their concerns about the destruction of the natural environment. This extraordinary and pioneering event initiated by children was made possible by adults. A tremendous achievement at the time and one that garnered international attention.

The young delegates shared and discussed their concerns about the destruction of natural habitats, animal cruelty, poor air quality, increasing waste through non-recyclable packaging, and over reliance on the car. They produced a series of “challenges” to tackle these issues – 26 of them – directed to the governments of the world led by adults in positions of power. They challenged these adults to use their influence to reverse decisions negatively impacting on the environment and the welfare of animals and their habitats.

25 years on the voice of children and young people has got louder and more forceful – inspired by the courage of Greta Thunberg. What hasn’t changed is the call to have their concerns addressed by the adults who govern on their behalf.

Online provisions of the day include:

The theme for this session is waste.

We start by hearing from Councillor David Tutt, leader of our council and his colleague Councillor Jonathan Dow, and from our MP, Caroline Ansell, and young campaigner Tom Nevillabout the main channels for our resolve, in what happens in our town and in what actions we urge nationally.

We then hear from Kitty and Michael Ann, former owners of Drusillas Park outside Eastbourne, whose Junior Board started the ball rolling in 1993, and from Dermot Bryers, a member of that board who went on to be vice-chair of the conference. They will reflect on their hopes at the time, and on what it takes to realise such hopes in an obstinate world.

Then we pitch into a series of presentations on how we, now, can rise and are rising to the children’s challenges.

We will then link up live with Alicia Curtis and Millennium Kids, from Perth in Western Australia. Alicia and the other delegates from Australia returned home in 1995 determined to set up their own conference. Now, with 25 years of experience and experimentation behind them, run for all that time by the young people themselves, they are bringing their learning and ideas back to where they were first born.

We will then be introducing school pupils from Eastbourne to young representatives from Millennium Kids inviting them to pitch their ideas to one another about the big environmental issues that we face: laying down challenges for us as their predecessors did 25 years ago.

An invitation-only session for Eastbourne education leaders and the environmental leads in their teams. If you think that this should include you, and have not received an invitation, please email robpalmer@makingnaturalhistory.co.uk

We very much look forward to you dropping in on this session – it will take place on a Zoom Webinar. To view the discussion please follow the link below:

In this session our panel will discuss the role of the adult as the gate-keeper to the natural world and consider what needs to be done to ensure children are given the opportunity to interact with it and the skills and encouragement to conserve it.

Baroness Floella Benjamin (Chair)  Over the last forty-seven years Floella has had a diverse and varied career as an actress, presenter, writer, independent producer, businesswoman and media regulator. She has written over 30 children’s books including ‘Coming to England’, which recounts how she and her family moved to England from their home in Trinidad.

Floella is best known as the iconic presenter of the BBC’s legendary children’s programmes, ‘Playschool’ and ‘Playaway’, through which she became a household name. She was the Chair of BAFTA – Television and created the successful BAFTA Children’s Awards in 1995, to recognise practitioners in the world of children’s film and television.

Floella is particularly concerned with the plight of children, their human rights, education and welfare throughout the world. She created her role-model initiative ‘Touching Success’ to motivate, raise aspirations and encourage social mobility amongst disadvantaged children.

Sir Tim Smit  A communicator and inspirer, Tim has created two extraordinary experiences for families, the Lost Gardens of Heligan and the Eden Project – one of the most popular and well known visitor attractions in UK. He inspires and motivates people to appreciate and engage with the environment.

Dr William Bird is a leading expert in encouraging the inactive to get active. A committed environmentalist, he started Green Gym in 1990 which links people in need of exercise with public green spaces in need of restoration Following this success he developed Beat the Street, a game based on walking and cycling that has engaged over 1 million players.

Mary Cowell. Producer, writer, and conservationist. Mary first came up with the idea of a GCSE in Natural History in 2011. “Many of us with an interest in the natural world have known for years that children and young people are spending less and less time outdoors, losing their connection with nature.”  OCR has now taken up her idea, and Eastbourne schools are supporting them in developing it.

Catrina Luz Aniere is CEO of Millennium Kids Inc, a not-for-profit environmental youth program which operates in Western Australia with partnerships across Australia and Indonesia. She has more than 30 years of international and Australian experience in the areas of program development and education for sustainability with a focus on children and youth directed initiatives. All Catrina’s work uses youth voice and engagement at its core.

Dermot Bryers was the Vice-Chair of the 1995 ‘Leave It To Us’ children’s conference that took place in Eastbourne. Now CEO of the literacy charity English Action, he recognises the essential role that an inspirational teacher has in enabling a young person to engage with a cause and to take direct action.

Rupali Nahar Williams works as Policy Officer for leading environmental charity Keep Britain Tidy, solving pressing issues around litter and waste. Born in 1995, Rupali has grown up witnessing the ever increasing impact of the environmental crisis on both her local East London community and the planet at large.

Tom Nevill is a self-motivated sixth-form student from Eastbourne whose passion is public transport. He has drawn upon his enthusiasm and, encouraged by a handful of adults, he has grasped an opportunity to bring about change.

This event is hosted by Antonia and Ralph Lucas, with huge thanks.